The Premier Audio Series for Unlocking the Power of the Mind

From the running shoes of Scott Welle…

I was a head case growing up. In the first sports I played (namely football, basketball and golf), I got by mostly on raw athletic ability and hand-eye coordination. For the most part, I performed pretty well. But I almost never performed my best when it mattered the most.

I was mentally weak.

I can beat around the bush with a bunch of fluff, but the bottom line was, I lacked confidence. I placed limitations on myself and doubted my capabilities. I thought if I just worked harder and practiced more, everything would work itself out.

(Ahhh, if I only knew then what I know now…)

This was long before I understood sport psychology, yet alone practiced any amount of mental training. Even when I first started running, I didn’t believe I was capable of running certain times because “I wasn’t a runner.” What the heck does that mean anyway? Did I miss a class I was supposed to take that would make me “a runner?”

Fast forward to today and I see these same problems plaguing runners, of all ability levels, running all distances. They’ll train hard, buy this year’s model of running shoes, use the latest gel totting “sequential carbs” and accelerated fat burn, and maybe even invest in a sport massage or two.

Maybe they battle chronic injuries or maybe they keep missing their goals times, but the frustration is evident. No matter what they do, they don’t get the results they want.

By now, you’ve seen the articles. The data doesn’t lie. Ask any successful athlete what their greatest advantage is and they will tell you it is their MIND. What percentage of running (or anything, for that matter) do you consider to be mental? Now ask yourself, how much time do you spend on mental training?

It used to be a stigma that there had to be something “wrong” with you to do mental training or work with a sport psychologist. No longer! Now, you show me any successful athlete (or person in general), I’ll show you someone who has full control over their attitude, concentration, thought patterns and ability to deal with adversity.

Mental Mastery for Runners is about setting the record straight. I passionately created this 4-Disc Audio Series with everything I know about the sport psychology practices of the highest performing athletes on the planet and applied it specifically to RUNNING.

Trust me, no one does this stuff…and that’s probably why there are so many frustrated runners out there.

Mental Mastery for Runners is a 4-disc premier audio program that allows runners to gain focus, find clarity, develop a strategy and truly master the power of the human mind. It combines advanced sport psychology techniques for visualization, confidence, relaxation, recovery and finding “the zone,” so every performance can be a peak performance. You’ll be unstoppable! 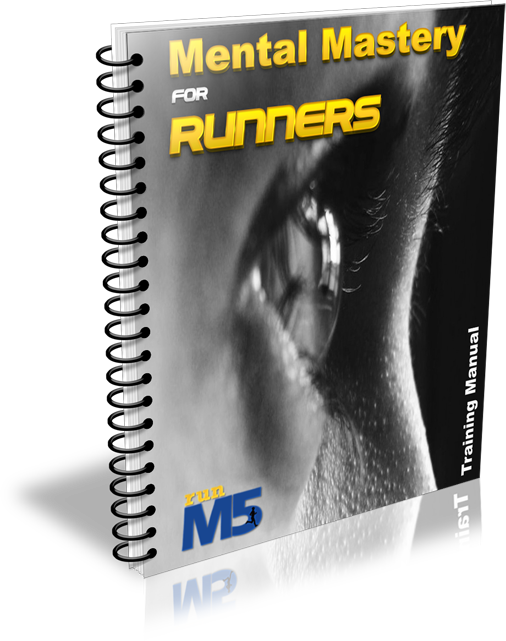 The Digital Training Roadmap is a comprehensive workbook that goes hand-in-hand with Mental Mastery for Runners. It contains key takeaways and strategies from the program, as well as areas for personalized notes and journaling so you can get better results, faster. 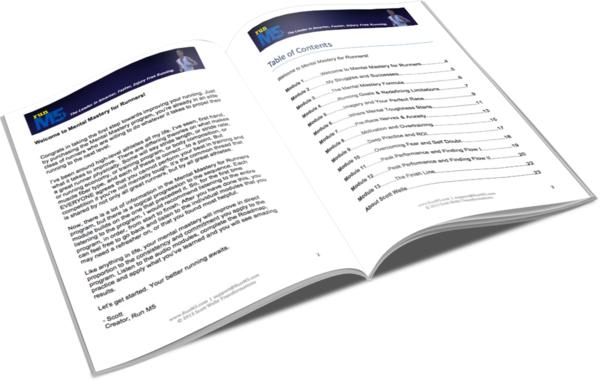 Yes, that’s the Mental Mastery for Runners 4-Disc Audio Program, Digital Training Roadmap, plus four bonus downloads to take your running to the next level…faster and easier. GRAB IT NOW!

Wishing you an amazing day and always the best of smarter, faster and injury free running,